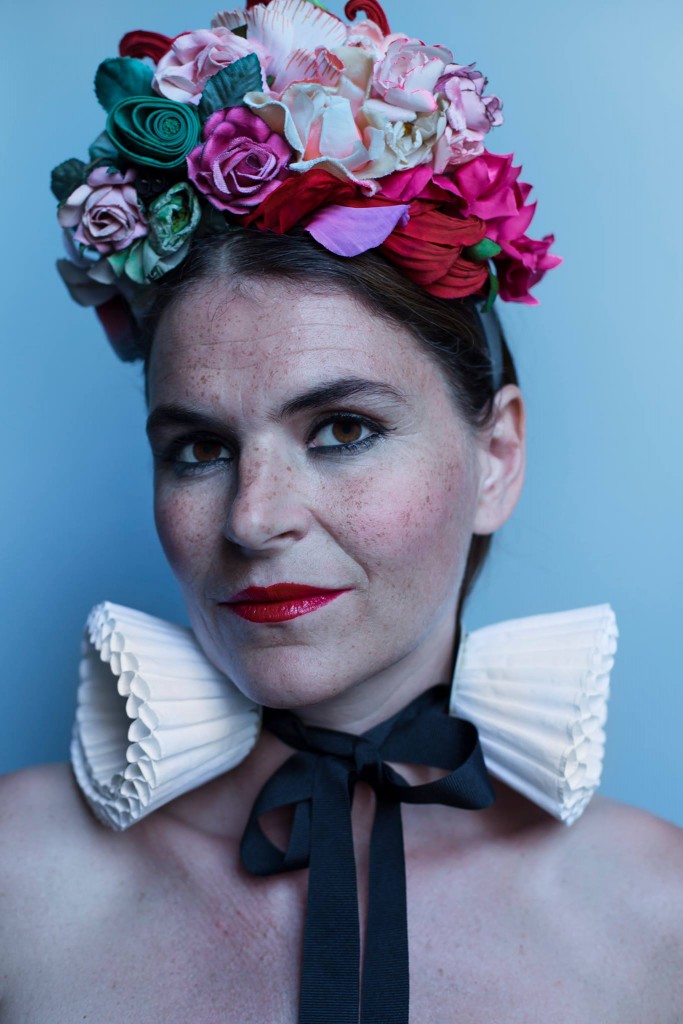 The Sister grew up as orphans in the Northern hemisphere during the crisis. In the spaces-in-between of urban and rural environments she grew up to be what she is today – the headmistress of Sisters Academy. Formed by who and what she met as she was wandering – And not at least by her continuous search and connection to ‘the source’. The source that kept the sisters alive when the crisis was raging, was not only manifest molecules in the form of solid food and fluid liquids it was also the senses, reflections and visions of thinkers, dreamers and other sensuous and reflective creatures throughout times and times and it is what lingers in the unknown and known inner and outer landscapes. She found books, boxes of chocolate made from wise hands, she smelled flowers, discovered poems, saw images turned into flesh, sensed the birth of ideas and the unity of visions. And she collected these treasures. Always carrying them carefully from place to place in bags, suitcases on a self-made wagon or in her bare hands. And the source grew. People around her would sense the value of strengthening the source so they brought their material. Unity. Movement. As the piles of books, paintings, boxes of chocolate, film and poems grew the sisters  realized that they had to form an archive. An archive that would be an important source in terms of generating a new mode of being in the world that could point us out of the crisis and into something new. The Archive grew day by day and continues to do so as we speak. The Sister registered how the source was growing and she realized that she had collected courage and power to point toward the future. For long she have been aware that something would happen to the world as we knew it. So with her sister she formed a hopeful space – a school – Sisters Hope. For many years they were inspiring youngsters from the entire Nation, nourishing the ground and planting seeds inspired by the archive and the source. And while doing this the time has ripened. It is ripe. It has become time for the birth of Sisters Academy – The unity of inspirations, the reaping of visions – A place open to fresh and fleshy ideas. A place where the dream you just dreamt is as important as the calculation of time. A place where the smell touches upon your skin as the light is shaded. A place where memories of the past, is turned into hope for the future and where the archive, and thus the source, is accessible… See you soon, dearests!

Interview with The Sister:

Poetic Self Exercise with sound:

Poetic Self Exercise without sound:

Anchoring The Poetic Self:

The Manifest for Sensuous Society: