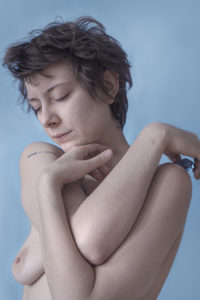 lines drawn in the sand by the hand of the hild

so carefully it arranges the world before itself

its fingers dipped in the pastel sugars of the sand, tiny gemstones,

man and woman from clay

feathers and sticks, found objects from the beach

and into them it dreams

so the Child-god creates

into its little world, and then

by the turn of a tide,

or a familiar voice calling

and in its clumsiness stumbles

and shatters the very world it had just created

and so our lives pass

the very theater that had just opened, like a flower

closes in on itself once more in a strange, mute gesture of un-death, of un-life

of things passing without a trace

ruins and fragments that reminisce nature disappearing into ruins and

and so in silence coloured by longing, from an unseen source

the next chapter opens

glimpses of light in the night of your chambers

you find yourself drawn once more, into a world

and you find yourself moving softly

towards a calling so convincing, from a direction never seen before,

and the sad longing for the world which has just passed, that you

clutched in the corner of your world

on the floor as you turn

already forgotten as it slips from your hands

what happened then? was it a crime to rise from the past

and turn to form the formless yet again?

no, it is a life lived

in the beautiful forgetfulness which the goodness of this earth so

it is the dream of life

Photographs are free to use with the credits as formulated above displayed visibly.