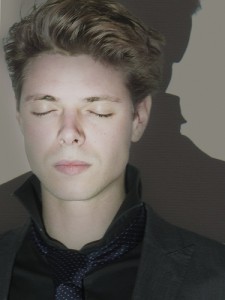 The Shadow is ambiguous. Though peaceful and considerate, whilst hunting, it is said, he can take lives with wicked force, beheading apes and clueless creatures as though they had a say. He does this in a spectacular and ruthless fashion, which he doesn’t speak of to the Sisters nor others who insist. The flesh of these he’s keeping for a specific purpose, for a companion that once saved his life: He’s feeding it to an enormous Mouth outside the coast of Greenland, the oldest creature said to inhabit the planet Earth. Here, they say, the Shadow in exchange is gifted with his secrets, his tricks to the relativity of truths.

At the Academy the Shadow may seem gloomy, quietly shrouded in his dreams and thoughts. You’ll find his space at the front office, where he consumes time gatekeeping the Sisters Hope. His calendar is an essential part of him, rigidly decorated by what has been and will: Here he governs the most vital and simplest of all secrets – the power to make things come true.

The ambiguity of the Shadow’s being, which you cannot not notice, primarily revolves around the magnificent Now (the only thing to hold both kinds of then): He is slightly but continuously both shred and divided by extremes as lust and virtue, restlessness and rest and – above all – actual context and that which does not exist. Because of this, melancholy defines the Shadow’s nature and no-one truly comprehends whether he is in fact rarely special or merely something vague.