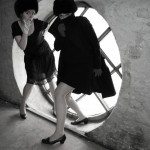 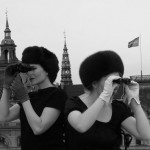 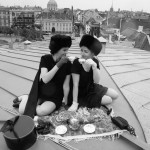 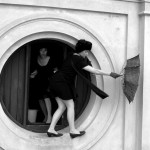 Our voice represents a crack.  Our argument is that something new is happening. Something that we term Sensuous society.

To make sense of that we have to visit another argument  – The argument that one dimension of being and being together has been under prioritized since the Industrialization.

This dimension, which has now been under prioritized for more than 2 centuries, is the aesthetic dimension. By aesthetic I do not only mean form or the way things look but I mean the way we are and behave in the world.

A society that under prioritize such an important dimension of human life cannot seize to be nor create a sustainable society either.

To understand this argument we must look at the four dimensions that social sciences argue constitute society and thereby our lives. Those being:

The only dimension, curiously, which has not yet governed society is the aesthetic.

So lets first take a look at the other three dimensions.

Researcher in societal myth Joseph Campbell points out that by looking at the tallest building in a city you can tell which dimension that has governed society at a certain point in time. Which dimension has constituted the DNA of our society and thereby been the formula from which we construct our institutions and from which we operate in our daily life.

Since the birth of Western civilization and up until the Middle Ages – The church is the tallest building and the religious dimension what constitute our daily lives.

For few hundred years during the civil wars – The city hall is the tallest building – slightly taller than the church – The political dimension governed.

And since the Industrialization and up until our current age – as we all know – The financial centers are the tallest buildings.

So what does it mean that the economic dimension is currently governing society?

As indicated it means that it determines the way we are and the way we behave in the world.

The basic premise or value of the economic dimension is to accumulate capital. In order to do so, society fosters people that will measure up to this basic value. So, we constitute our institutions for us to become such people. People, who are disciplined, efficient, engage in duty before pleasure and so forth.

We all recognize these premises and values. Don’t we?

These premises and values are the exact opposite from the ones that determine the aesthetic dimension that has the sensuous experience at its core. An intensified presence which make our heart and mind resonate with what is happening in that very moment. When we are full of phantasy, desires, dreams and imagination that manifests as creativity.

That is what we are like and how we behave when we are governed by the aesthetic dimension – The exact opposite. And this, the aesthetic dimension, is still the only of the four dimensions that constitute society, the religious, the political, the economic and the aesthetic, that has not yet governed society. Furthermore, it has been under prioritized or endangered, because pleasure before duty is not valued as the most efficient mean to accumulate capital, in our times, where we are still governed by the economic dimension.

So, the question now is – What does it do to us not to have that much of an access to this aesthetic dimension in our everyday life? It might feel as if something has been amputated. It might feel like a general longing.

And the next question then is – How can we truly be and act sustainable and carve the path towards a sustainable society with a sense of amputation and longing?

Maybe we must begin carving the path towards the sustainable through the sensuous and sense-activating experience. That would be another way to think about the solutions to the current ecological crisis.

People ask me – What would a society where the aesthetic dimension is governing – a Sensuous society – be like?

The answer is – We wouldn’t know because we haven’t lived it. But, we can explore it through interdisciplinary, open and courageous one to one experiments. Investigating what it would be and thereby also begin to carve the path from the belief that systems are constituted by people and not the other way around. When we begin to act and behave different the world changes.

Sisters Academy is such an experiment.

The notion of a sensuous society furthermore reshapes the role of art and artistic practice. The exclusive autonomous art system is also a result of the dominance of the economic dimension. Within this autonomous zone the art genius is a celebrated figure, which is conceived as someone with a very special (transcending) intelligence. In a sensuous society however, we believe that this will be a more common intelligence, as for example Joseph Beuys points at – Simply, because we all have this creative potential within us, and if our outset and mode of being in the world is the sensuous, this potential will be released. Of course, there will be some, who are better at navigating in the sensuous society, those with special artistic talents. We should pay a lot of respect to that craftsmanship and continuously refine it – But much more people than those crystallized as artists today have artistic talent that will be discharged and cultivated in a sensuous society, which it would never have been in the economic.

In the poetic revolution we collect the performative forces of this movement and thereby inspire change by poetic agents and co-movers.